Home Drinking What is Sarsi? 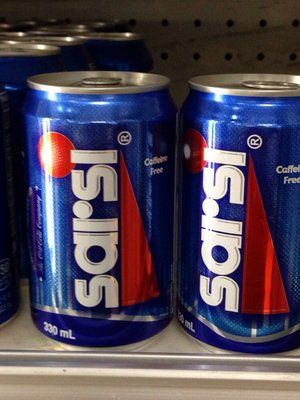 What is Sarsi? Sarsi is a very popular sarsaparilla from the Philippines! There;s a loy special abut the Philippines, beaches, people, food, well not so much food, but bottled pop drinks. The Philippines is one of the few countries to still sell most drinks in glass bottle form. One of the most popular of these is Sarsi, a very special sarsaparilla!

What is a sarsaparilla?

What is a sarsaparilla? A sarsaparilla (I am so bored of typing this word) is a popular soft drink that was originally made from the Smilax ornata plant among others. Nowadays like most everything it is made with artificial ingredients. In some respects it is a bit similar to Dandelion and Burdock, which is a very British drink!. It is essentially part of the root beer family. These root beverages were allegedly made way back in the day by the Amerindians. Quite the history! .

Sarsaparillas are a particularly big deal in the Americas, because of its origins. This makes it no surprise that the Philippines is a bit different to other countries in the region. The Philippines making their own rums, brandies (more on that later) and would you guess it sarsaparillas! Our point in case for today the wonderful Sarsi.

There is a sarsaparilla cordial still made by Fitzpatricks, the last Temperance bar in England. I will go into temperance bars in another blog, but these are bars that serve nonalcoholic drinks.

Amazingly most of famous soft-drinks we consume today had their origins in non-alcoholic bars. This was particularly the case during prohibition. Many also trace their origins to being pseudo-health drinks, or “tonics”. Coca-Cola famoulsy used to contain cocaine. Well a little bit at least. Another drink that was created this was was Vimto.

Sarsi is a popular brand of sarsaparilla in both the Philippine and the wider south-East Asian region. I remember going into my local corner store in Shenzhen and seeing a can of it and literally losing my shit! I also discovered a new cola that day, so you can tell I am fairly easily pleased. Sadly it is not all that much available in China, my corner store seemed to be a bit of renegade.

The drink can be purchased by can and by plastic bottle, but in classic Philippines style it is best drunk direct from a recyclable glass bottles.

In fact this is one of the best things about drinking soft-drinks in the Philippines. I really do not know why but drinking from a glass bottle tastes so much better than plastic, or a can. Sadly it is going out of fashion in many countries. Particularly sad when you consider how much better for the environment it is.

The Sarsi we all know and love is made by the Cosmos Bottling Corporation that was formed as The Manila Aerated Water Company in 1918. Obviously like any popular drink, such as Royal it is now owned by the Galactic Evil Empire, AKA Coca-Cola. They have though at least managed to retain the flavour that made it so popular, and for all intents it is still the Sarsi we all know and love.

To read more about Fanta in the Philippines AKA Royal click here.

Can you mix Sarsi though?

I like to judge most soft-drinks on how well they mix with alcohol, its the Street Food Guy’s think OK! In the UK I was very keen on Dr Pepper with vodka. The Philippines do not really do vodka, but they do Rum, Brandy and have Soju. To the liquor test.

Tanduay Rum is the most popular rum in the world, yep seriousness here! I personally feel that Sarsi goes amazingly with rum, and is perhaps even better than coke. There really isn’t much more of a Filipino drink than Tanduay and Sarsi.

Amazingly the Philippines also make the worlds most popular brandy, namely Emperador. I’m not a fan of it, but it does at least taste better when mixed.

Soju should almost never be mixed! But, Sarsi makes a great chaser,

And that be the sexy Sarsi Story! It may not yet take over the world as many countries already have their own take on the Sarsaparilla, I mean like good luck taking on Dr Pepper! But, if you do find yourself in this part of the world, grab a glass bottle of Sarsi and enjoy. 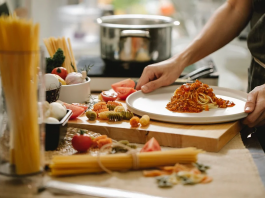 Useful Hacks That Will Help You Enjoy Cooking 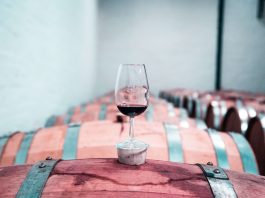 Top Best Wines You Need In Your Wine Cellar 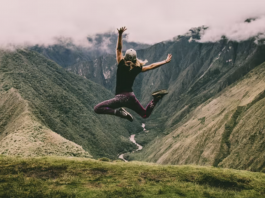 6 Useful Resources to Learn New Things and Improve Your Life