Whilst I’m a true lover of street food, it is fair to say that the street food of the world knows many different forms. In fact interesting can often trump quality and indeed cleanliness, but not where Macau is concerned, in Macau street food and fine dining are one and the same.

Here’s our five top must try foods for the street food lover in Macau. 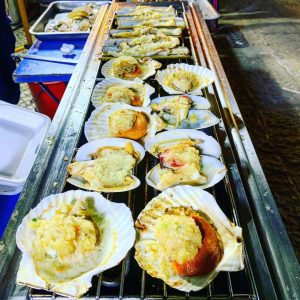 An extremely famous dish from Macau, and thus everyone on every street corner now seems to be selling the egg tart. As Egg Tarts go, if that’s your thing The Macau Egg Tart takes some beating. Officially at least the best ones are at Lord Stow’ Bakery on Rua Do Tassara, although as mentioned you can buy it pretty much anywhere these days. 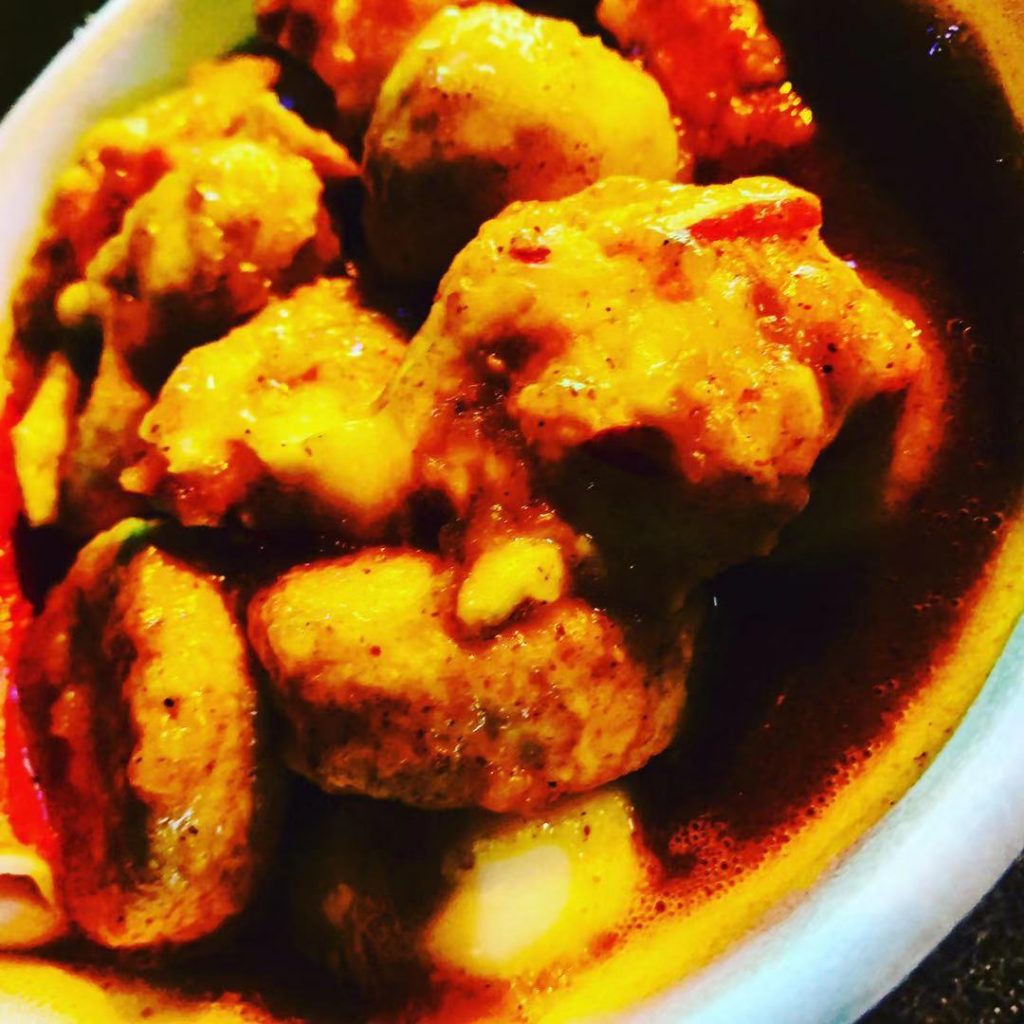 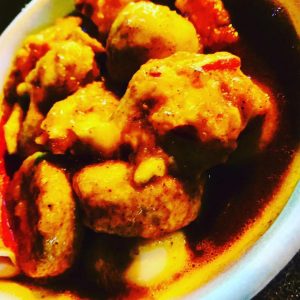 I discovered this one accidentally whilst looking for the legendary boiled cheese fish balls (we will talk about them later), when walking past a street vendor I saw the legendary Michelin Star! Fresh black pepper buns filled with pork and spring onions. I have to say I was largely unimpressed by it, buy Chinese friends on my Instagram went nuts for the picture! It’s obviously still a bit of a thing. The vendor can be found on Ruo Do Monte 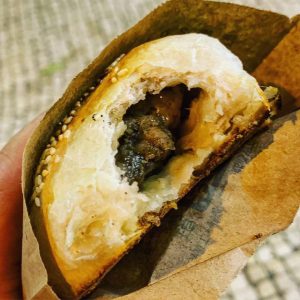 Another must try and signature street dish of Macau. Sing Ying Kei on Rua da Alegria do Patane is the famous place, but again another dish that can find pretty much everywhere on the streets of Macao. Essentially it’s a fried pork chop in a bun that’s crisp on the outside, soft in the middle and served piping hot. AS drunk food foes, it’s pretty good. 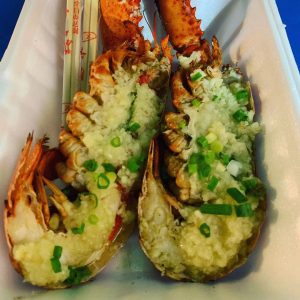 In most of the world the lobster is the reserve of the rich, but in Macao it is a street food sensation! Head to one of the number of pedestrianized street food streets in Macao old town and grab yourself a big old piece of lobster for under $5. In fact whatever you could possibly want to eat is punted by hawkers here, but it is the great value of the seafood that is a must. 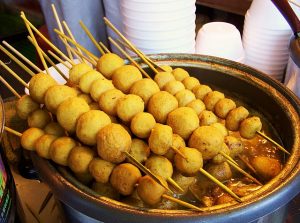 On one of my first visits to Macau I let my friend know just how much I quite liked street food, so she suggested we visit here favourite place on Praca De Ponte E Horta street. In China this particular dish is called is called “mala tang”, which is pretty much boiled BBQ. In Hong Kong it is famous, but in Macao it is the best in the world, partly for the curry sauce it is served with, partly for the hot sauce, but mostly the cheesy fish balls. Picture the scene, a fish ball filled with mozzarella and served with curry sauce. The best street food in Macau. My personal favourite street food joint is just a tiny little shack on  Praca De Ponte E Horta Street, a few doors up from the 7-11. The guy is very friendly, because he knows he’s good, do not miss it!

Related Post  Vietnamese Fast Food – Lotteria is it any good?

Did I miss anything? What is your favourite street food Macao tipple?

Thanks for the photos from @chuonifczanzibar see t

A sweet jelly made from coconut flesh #phnompenh #